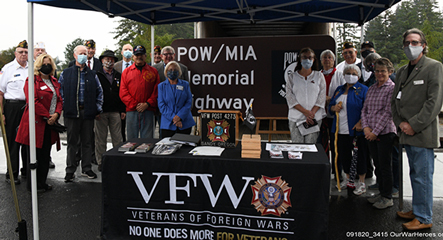 Oregon veterans dedicated the nation’s first border-to-border POW/MIA Memorial Highway in a series of ceremonies across the state on September 18, 2020 - National POW/MIA Recognition Day. The designation of U.S. Highway 26 honors 920 Oregon prisoners of war, including 135 civilians, 999 Oregon military veterans and one civilian listed as missing in action. The project was spearheaded by Dick Tobiason, chairman of the Bend Heroes Foundation.

Chapter 392 helped organize one of these events which was held in Boring, Oregon. The ceremony was hosted at Jaycee Newman Nursery and organized by the Vietnam Veterans of America Oregon State Council and its Portland Chapter 392. The Sandy Veterans of Foreign Wars Post No. 4273 and its auxiliary assisted. The ceremony location was adjacent to the Highway 26/Highway 212 interchange, where the two Boring signs were installed (eastbound and westbound).

Dick Lovegren, the Oregon coordinator for the National League of POW-MIA Families, gave a presentation at the ceremony. Lovegren's brother is still missing in Vietnam.

Photos on this page are courtesy of Q Madp and Jaycee Newman. 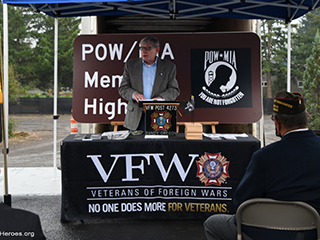 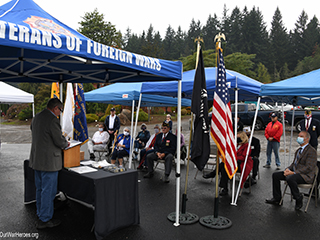 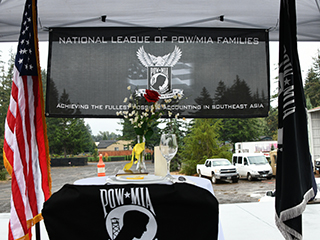 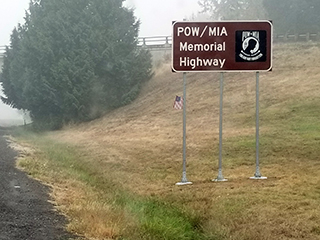 Members of VVA Chapter 392 and friends gathered at Willamette National Cemetery on February 4, 2020 to say farewell to Gary Douglas. Gary passed away on January 5 following a long and heroic battle with cancer. Gary was a board member of Chapter 392 and a friend to all who met him. Gary's ashes were interred along with those of his wife Jeanine. 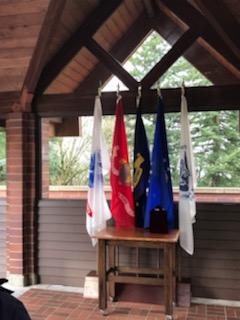 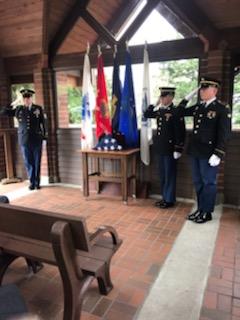 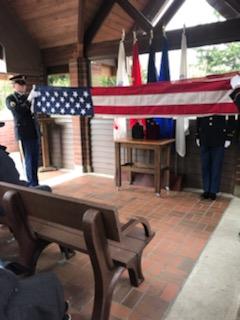 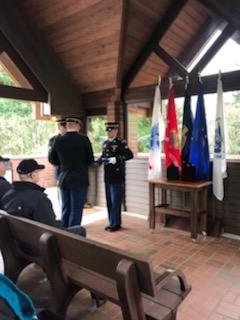 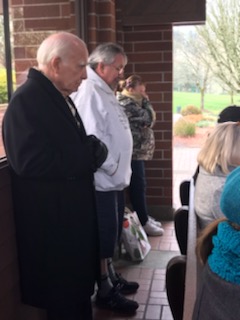 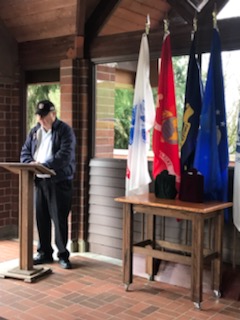 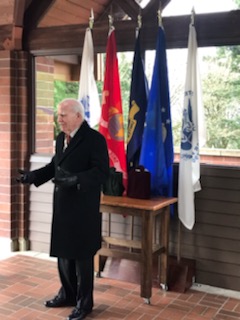 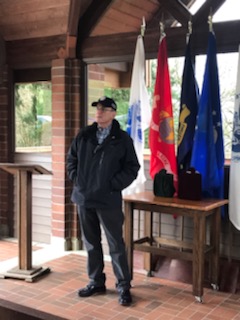 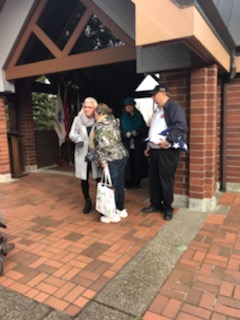 On September 21, 2018 Chapter 392 participated at the dedication ceremony for the Vietnam War Memorial in Boring, Oregon.

It was a beautiful late summer day as the crowd gathered at Boring Station Trailhead Park for the ceremony.

This memorial honors the 41 servicemen from Clackamas County, Oregon who lost their lives in Vietnam. Chapter 392 was a co-sponsor of the memorial.

As part of the ceremony, we presented Vietnam 50th Anniversary commemorative pins and certificates to 30 veterans in the audience.

On November 11, 2018 Chapter 392 revisited the memorial to honor area veterans. We laid a wreath at the memorial and saluted the fallen with a Taps salute and gave out 50th anniversary pins to local Vietnam era veterans. 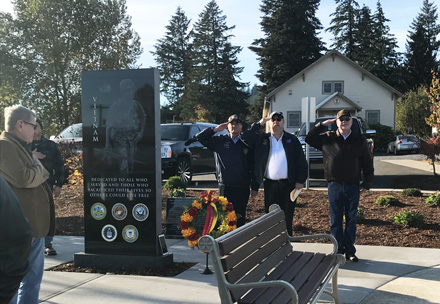 Photo of Taps ceremony on Veterans Day at the Boring Memorial. At the left is Steve Bates, the head of the group behind the memorial. Saluting at the right are Chapter officers Steve Carr, Larry Cranford and Dudley Redhead. 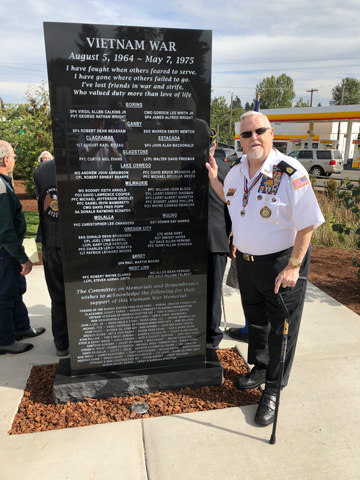 Former Chapter President Gary McAdams poses in front of the new Vietnam War memorial in Canby at the dedication ceremony.

The 2008 National Defense Authorization Act authorized the Secretary of Defense to conduct a program to commemorate the 50th anniversary of the Vietnam War. The commemorative program includes activities and ceremonies to achieve the following objectives:

VVA Chapter 392 is proud to be a commemorative partner in this program. 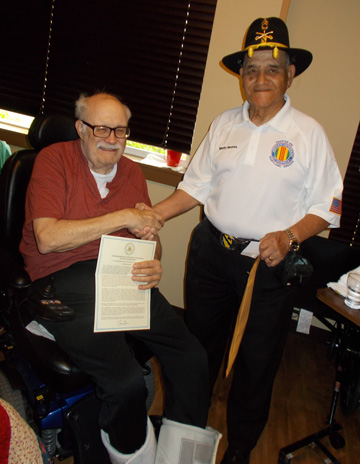 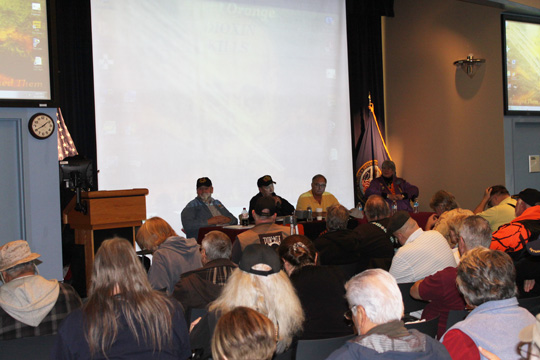 There was a great turnout for the town hall.
The auditorium was packed with 130 attendees. 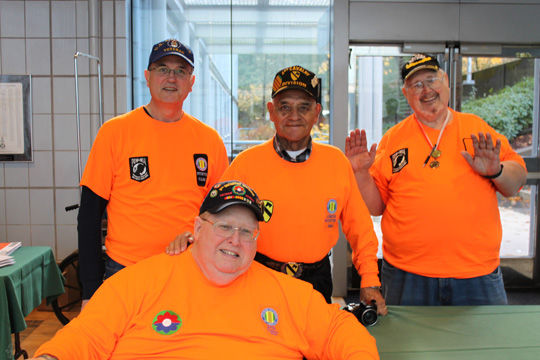